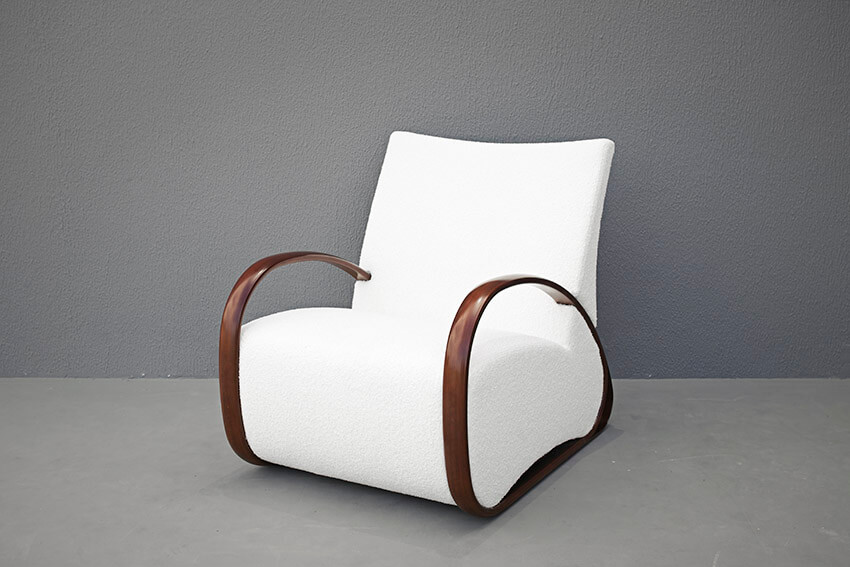 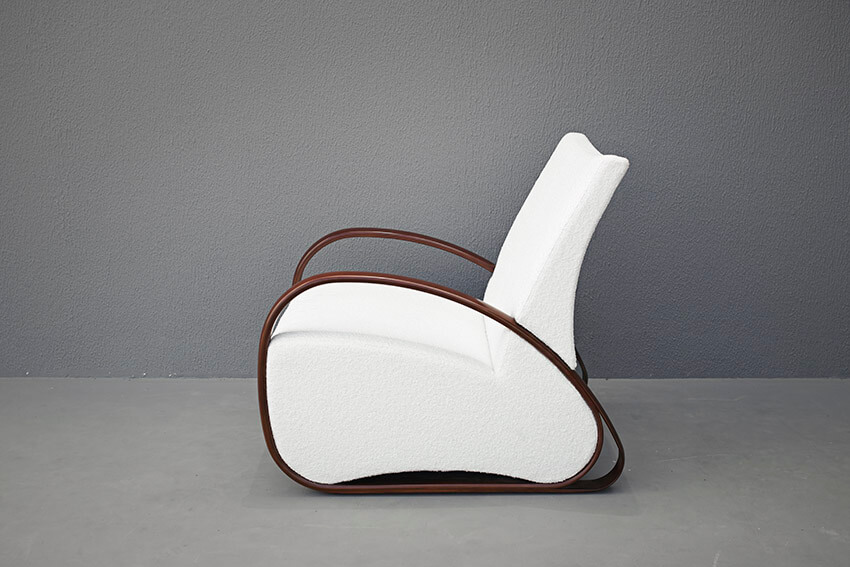 Baleine armchair is a wink to the cartoon “Moby Dick” produced in the '60s, with the friendly superstar whale. It is also a tribute to “Pinocchio”, a 1940 American animated musical fantasy film produced by Walt Disney. The armchair back shape relates to the whale morphology and also defines certain characteristics of 1950s clean designs with a Scandinavian influence, space and atomic age-inspired shapes, also known as Mid-Century Modern. Baleine's fabric is white and cozy because of its granulated texture. The armrest is made of warm noble walnut wood.
“We wanted Baleine to represent a timeless cozy feel”