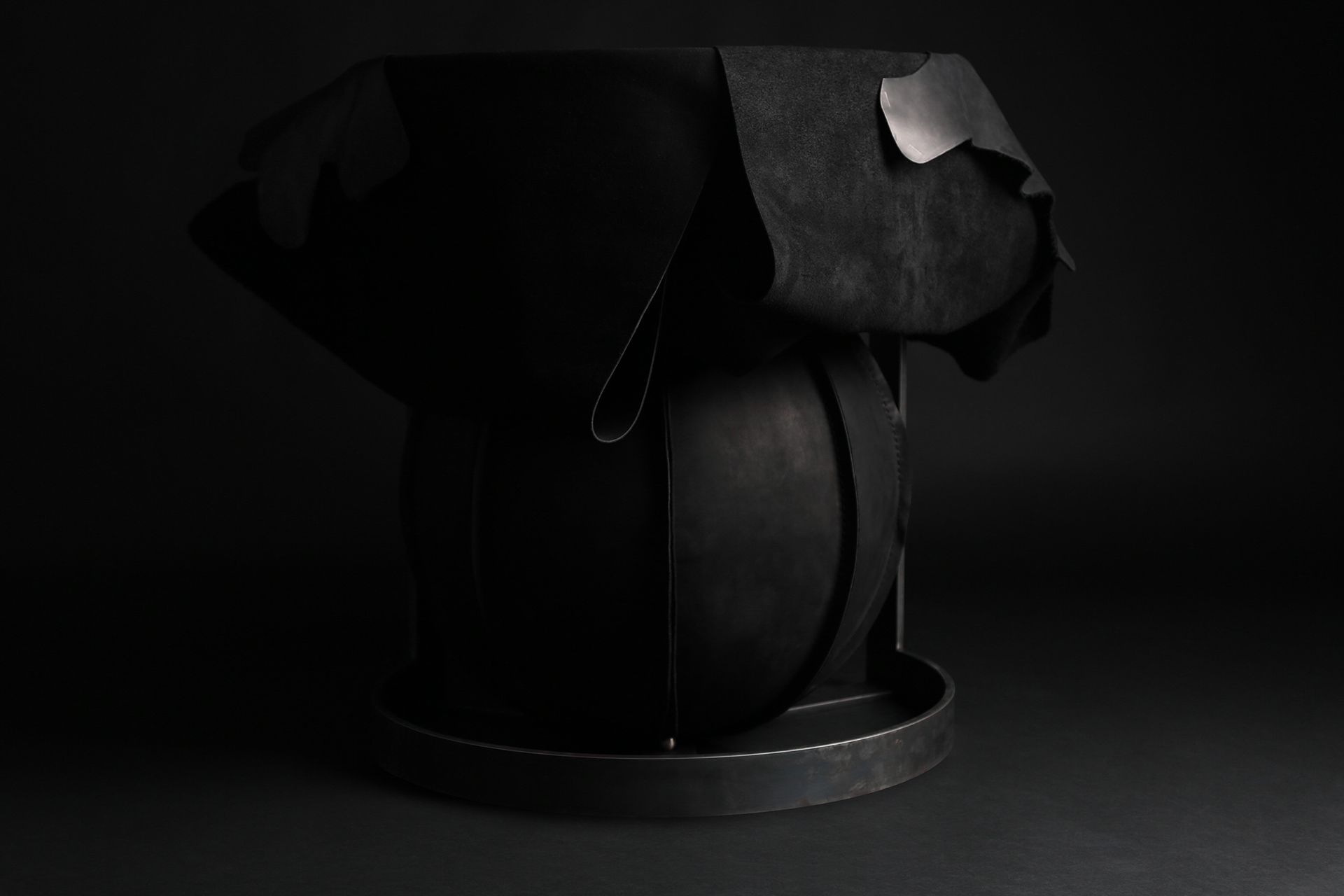 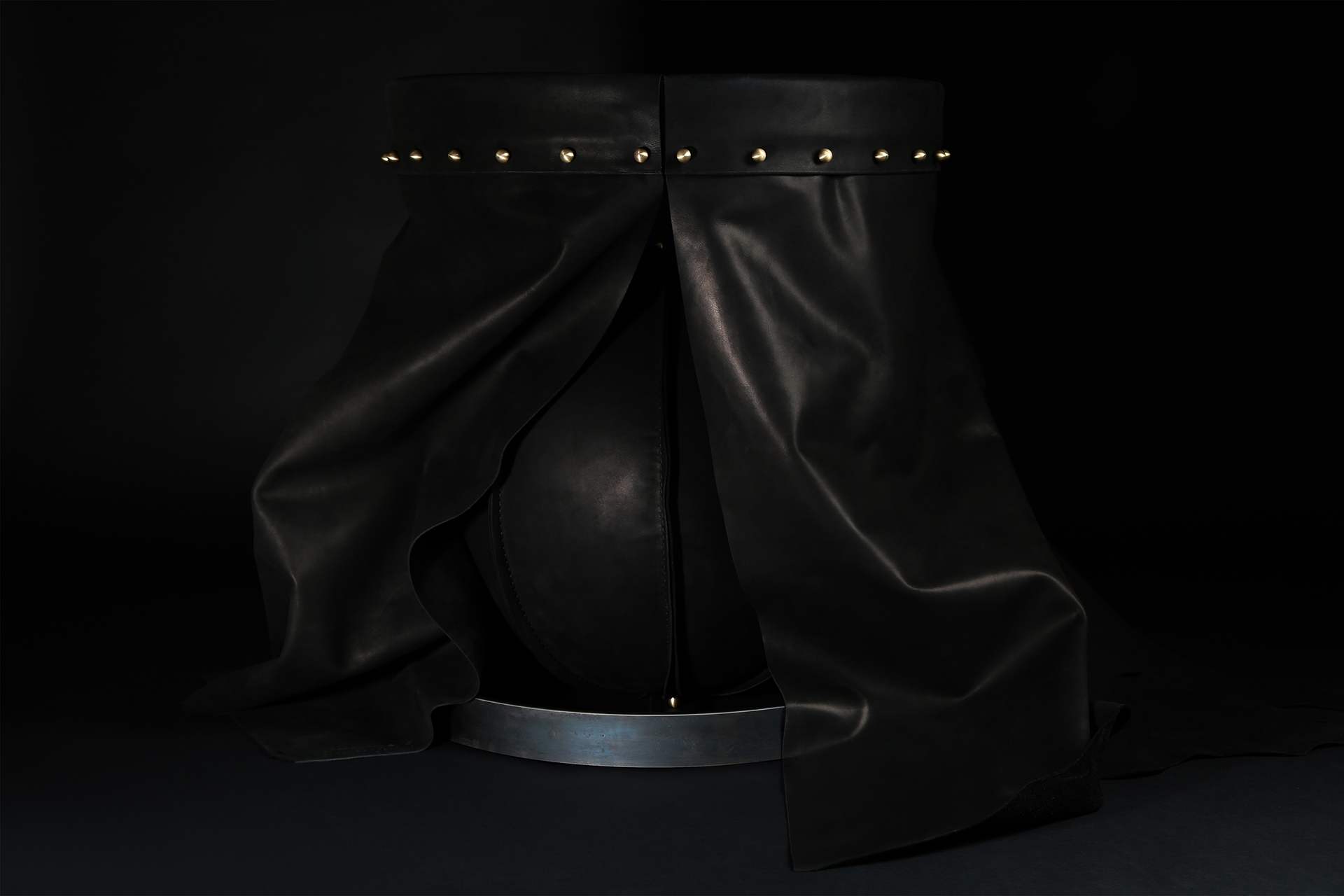 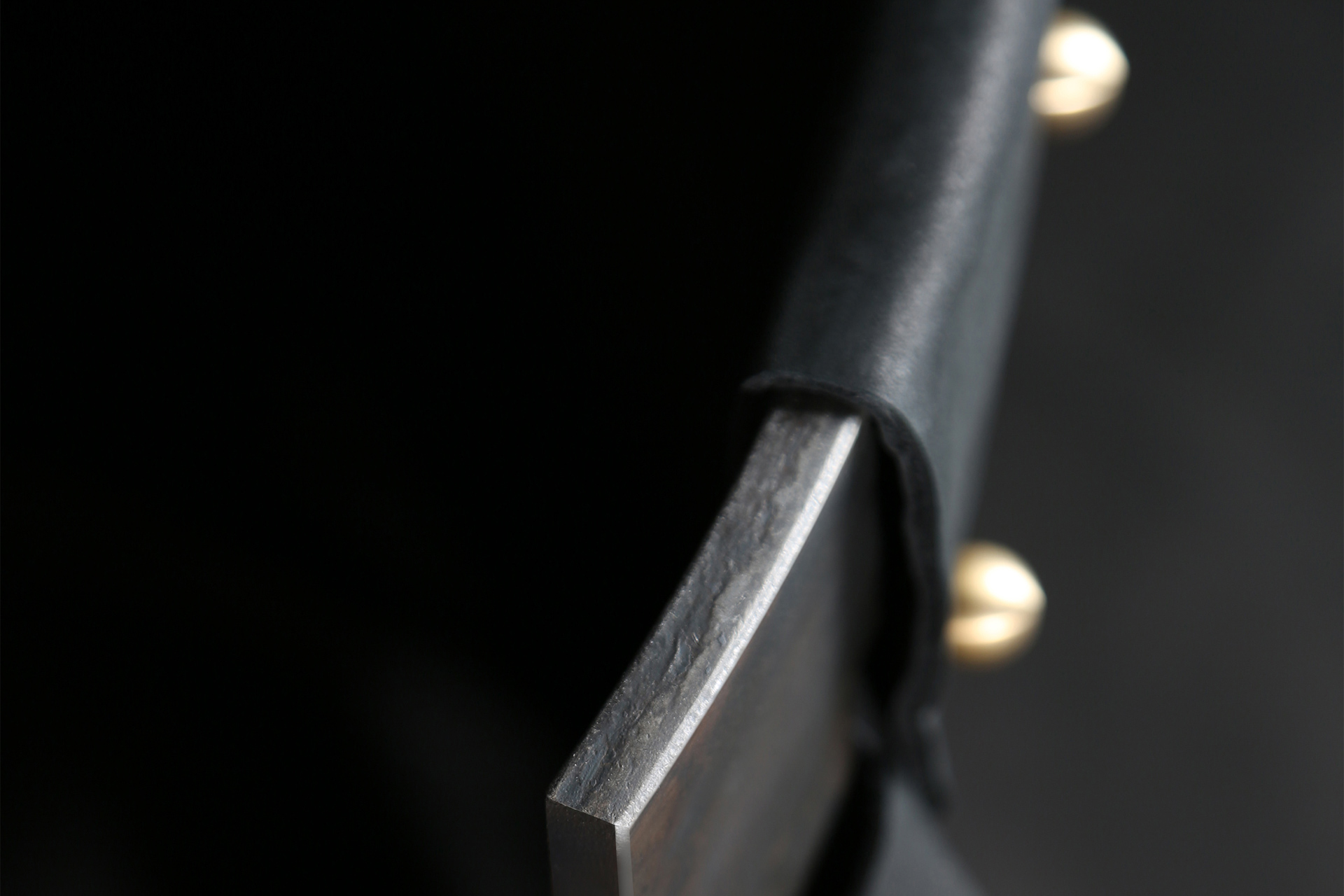 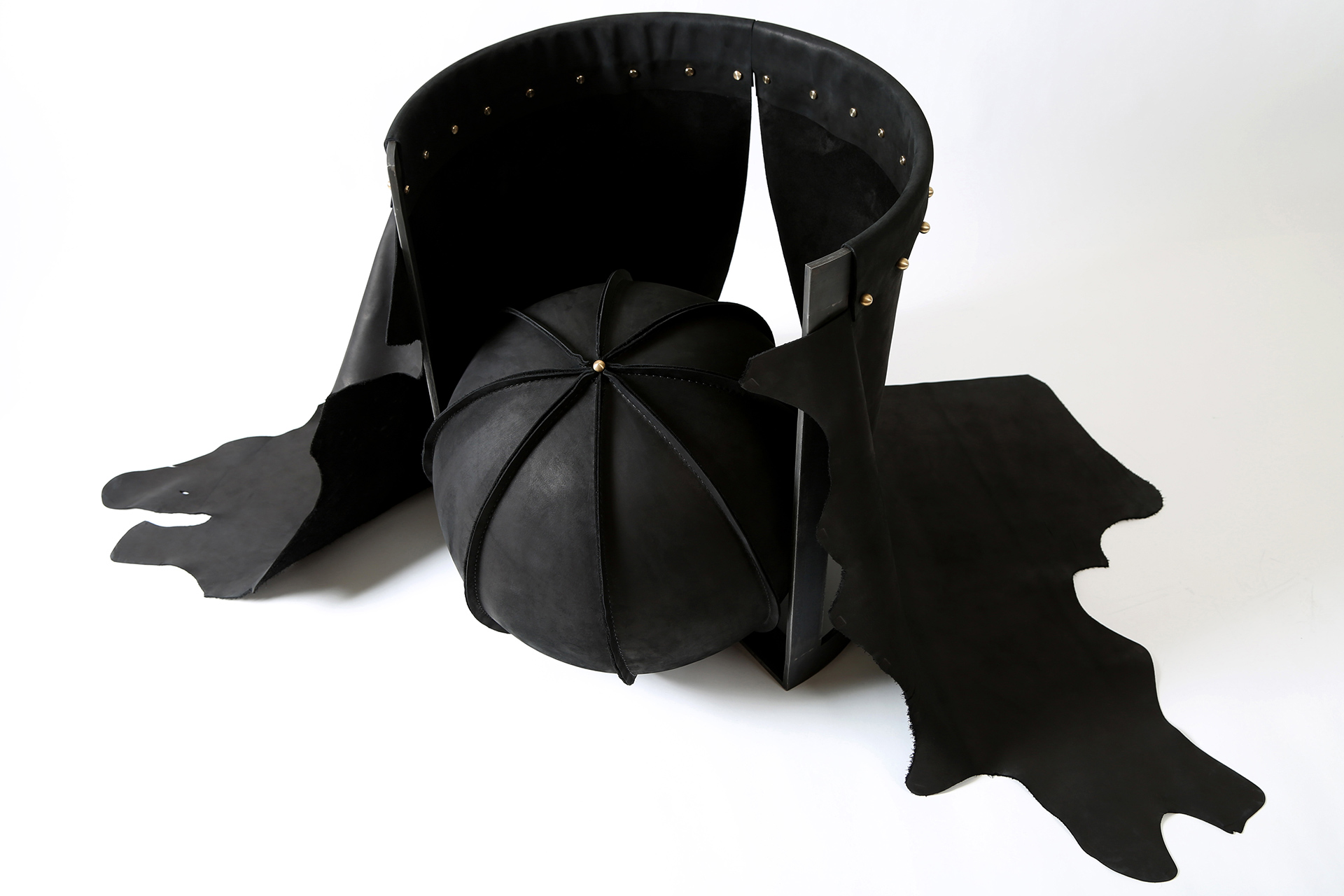 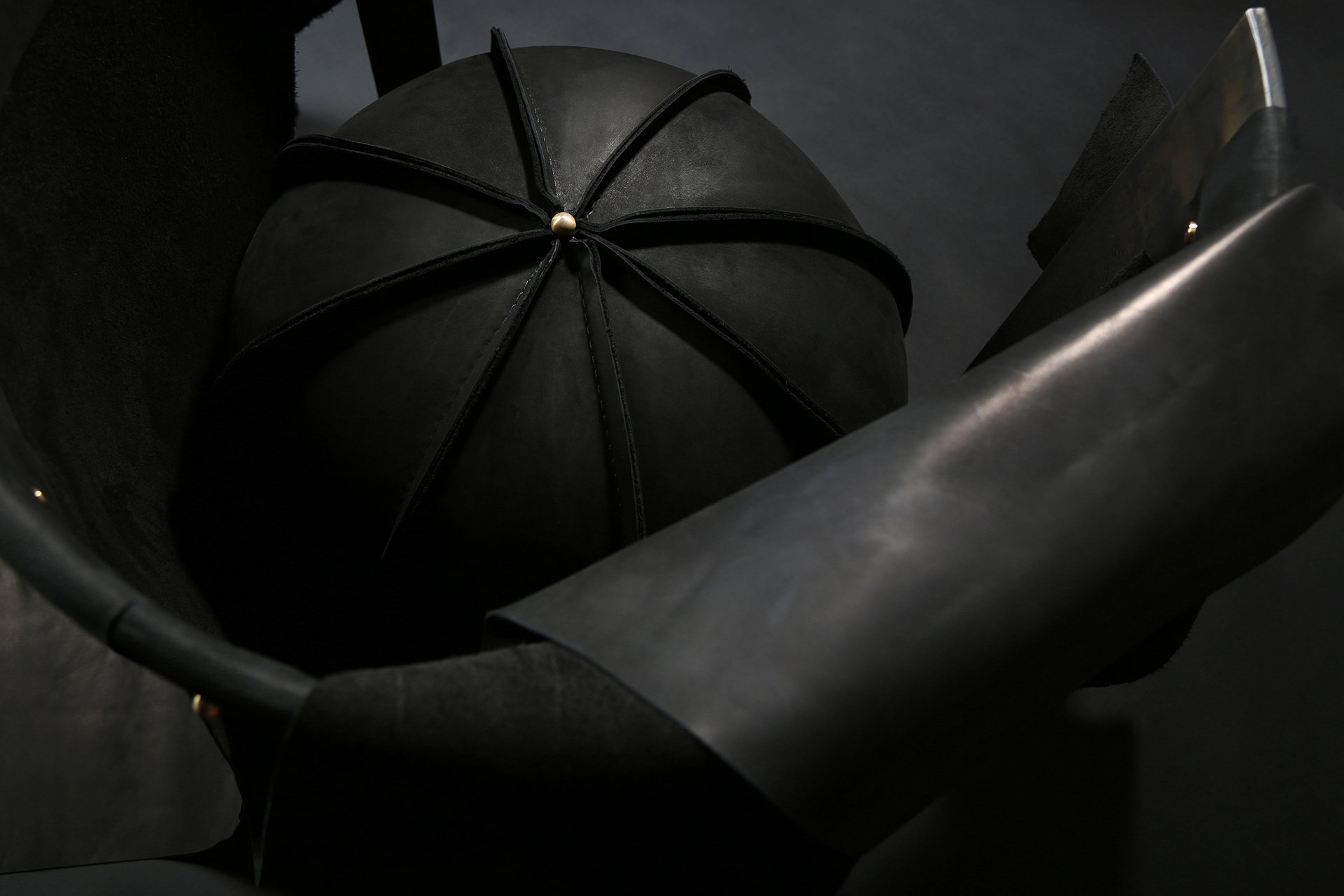 Mysterious armchair made of raw steel, leather and brass.
Sleepwalking has attracted a sense of mystery since decades, but it had not been seriously investigated and diagnosed until the last century. It was initially thought to be a dreamer acting out of a dream. In fact, it occurs when the sleeper is enjoying his most oblivious or a deepest sleep stage in which dreams are not usually reported. Sigmund Freud believed that sleepwalking was connected to fulfilling sexual desires.
Back to the Roman mythology, Somnus was the God of sleep; the Greeks called him Hypnos. His mother was Night and his brother was Death. He lived in a dark cave and presumably never had to get up in time to go to school. He had a metallic sphere I thought it could be his playful static seat/ball. “Somnamboule”
It’s a lounge fashioned arm chair made of steel structure covered with a cape of leather creating the back of the chair capturing a sphere within a spatial hallucination in a motionless moment of a daydream all upholstered and hand stitched, forming the seat. The whole, craft a theatrical dramatic yet lavish physical appealing object.